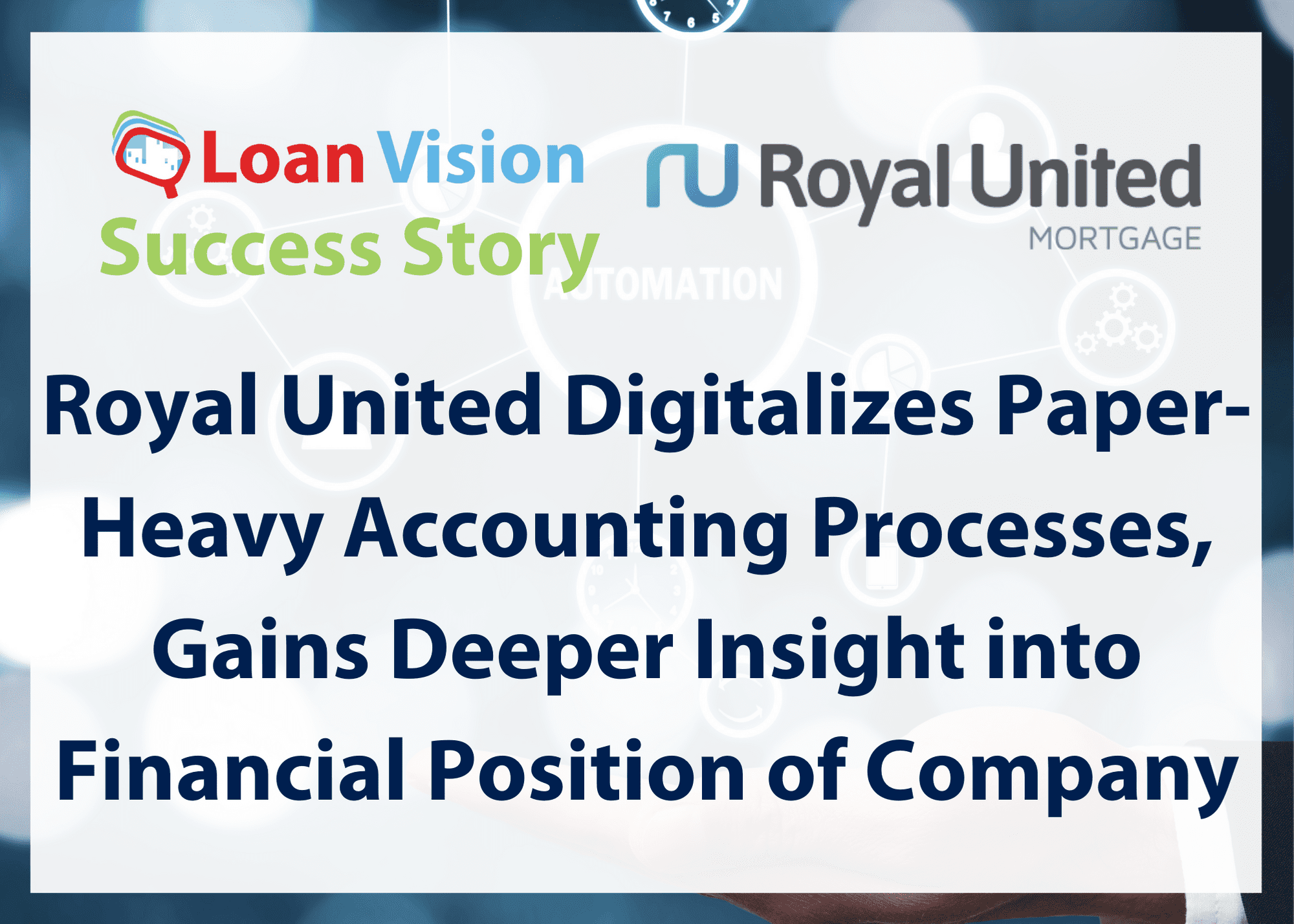 When Nolan Pearson joined the team at Royal United as CFO in 2016, he knew he was going to have to make some changes to his department. “I was hired, in part, to modernize the department and bring us into the 21st century. We were still doing everything on paper, and nothing was electronic,” lamented Pearson. “The biggest hurdle for me was getting everyone excited about the transition as they had never used anything but QuickBooks.”

While Pearson had only been in mortgage for a few months, when he began his search, he was looking long-term. “I thought ‘I have to get us on something quick that will take us through the next decade.’” He continued, “My goal was to get to that point as quick as possible so that when we were doing upwards of 1,000 loans a month, we were already in a comfortable position and optimizing our department.”

For the growing lender, Person also realized that the need for loan level data was more pressing than it may had been before. “We had grown to a decently sized company at 600 loans per month on QuickBooks. However, that was part of the challenge; it’s made for smaller companies,” expressed Pearson. “We didn’t have access to loan level detail and needed a solution that was more scalable and catered to the mortgage industry.”

Regarding the available options, Pearson mentioned, “We wanted to be doing well north of 600 units a month and I needed a software that was going to grow and develop with us. AMB appeared to be the easier off-the-shelf option, but it just didn’t seem robust and I didn’t feel it would take us as far as we wanted. Loan Vision, on the other hand, was more open-ended and had more possibilities for the future.”

With Loan Vision’s ability to consume data from any loan origination system, the days of entering each transaction were behind Pearson and his team. “The automation piece was huge for us. On QuickBooks, if we would do 100 loans in a day, it could have taken a couple of days to process.  Now, we’re focusing on correcting ten unique transactions, rather than the thousand that are going through properly.”

Not only did the automation streamline Royal United’s accounting department, it also gave them deeper insight into their financials. “For the first time in company history, we can confidently say that the data in our accounting system matches the loan origination system,” expressed Pearson. “There are about five new metrics we’re able to track now because we have access to loan-level detail and the time to analyze them in-depth.”