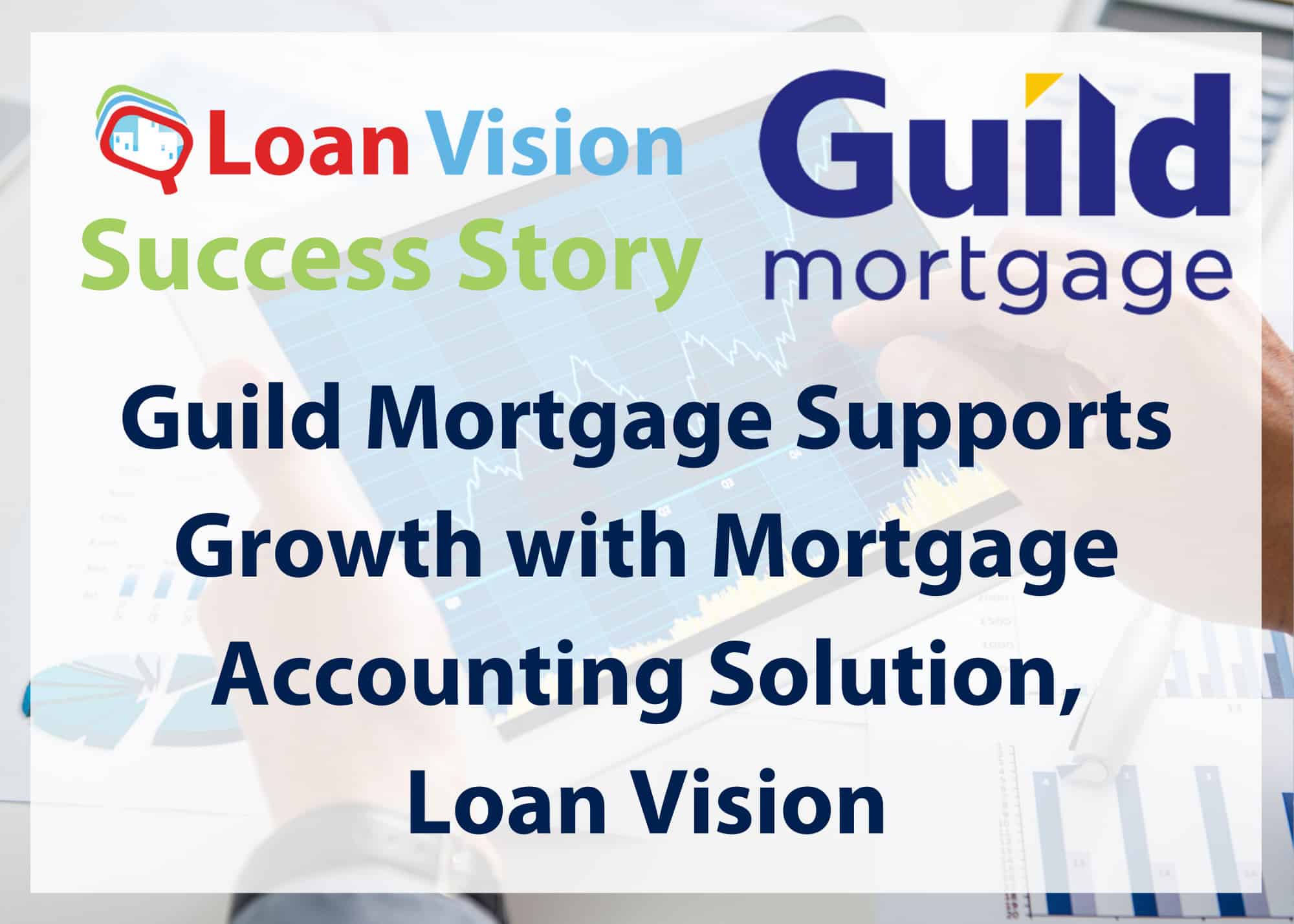 Vaught detailed during a recent discussion how the team reviewed the branch financial reports manually, looking for any discrepancies or anomalies. If and when finding variances in the data, discovering the reason involved many steps. Numerous additional reports would need to be run when diagnosing issues, often from multiple systems, slowing the close process down further.

Guild’s increased volume, associated with its rapid growth, also brought attention to the risks associated with such manual processes for a number of different aspects of the process. “Our current system wouldn’t have been sustainable long-term due to its tedious nature which required manual workarounds,” explained Vaught. “We needed an automated tool to make the process more efficient with technology capabilities built in.”

THE SEARCH FOR A BETTER SOLUTION

The Guild team, having thoroughly reviewed their existing system, tools and processes, concluded that a change was required, and ideally that change would be a more scalable mortgage industry focused tool which would support their growth plans. “We were growing and felt we had exhausted our previous system,” expressed Vaught. “We felt we needed something with more advanced and broader capabilities but built specifically for the mortgage industry like our previous solution.”

Having become aware of Loan Vision through industry events and word of mouth, Vaught and the team suspected that Loan Vision did indeed include the vast majority of the functionality they needed. However, it was during the evaluation process that Guild really began to feel positive about the impact the solution could have on their day-to-day tasks.

Vaught shared, “One specific thing I remember from the demos was the way you could continuously drill further and further into the detail. I thought how amazing that would be when conducting research during the month-end reporting process. How Loan Vision captures everything in the system was very appealing.”

Having looked at several other large financial solutions available on the market, Guild decided to move forward with Loan Vision in June 2016, having not seen anything like the functionality they needed in the non-industry tools they compared it with. In addition, a cost comparison between Guild Mortgage’s options showed Loan Vision to be the most competitively priced of the four enterprise options considered, which helped with executive approval.

“We spent quite a bit of time looking at three other vendors,” explained Vaught. “It became more and more apparent that an industry specific tool was needed, because despite having many great features, other vendors couldn’t handle loan level reporting without expensive and timely customization.”

Having become satisfied that the Loan Vision solution was a suitably scalable option, while offering the systematic controls and loan-level reporting and drill down they desperately needed, the two organizations set about an implementation process that would see the smoothest possible transition from their existing solution.

“While the implementation went on longer than planned, the support that Loan Vision offered was crucial to a successful end result. The dedication to ensure we had what we needed from the system and felt comfortable with it was a big plus,” expressed Vaught. “Even with training, the Loan Vision team always did what was needed to make us feel comfortable and satisfied. They still support us fully even today. We’re now beginning to implement other modules of the system such as Fixed Assets and alternative payment options, and continue to receive support every step of the way.”