“The earth is flat. Our industry values unclosed loans more than closed loans.” The earth is flat.

One of these statements is crazy, and both can be fact-checked. Checking one requires a plane ride or ocean gazing, while the other requires a comparison of liquidity between two periods. As the buckets of ink spilt on their accounting in these blog posts and industry whitepapers attest, Interest Rate Lock Commitments, or IRLCs, represent the value assigned to a lender’s unclosed loan pipeline. ASC 815-10-15-71 requires their recognition, and ASC 820 guides their accounting under fair value. No authoritative “formula” exists because GAAP is principles-based, resulting in a spectrum of calculations among lenders. Lenders who consider less costs experienced significant losses in their IRLC asset this year as their pipeline and margins withered following a blockbuster 2020.

This article contends that the majority of these 2021 IRLC losses are as meaningless as 2020’s IRLC gains, and that this asset’s accounting becomes more useful to all users when more costs are applied. These two statements strike some as crazy as saying the earth is flat, so climb aboard this 1,000-word zeppelin so we can better view what 2020’s gains can teach us about 2021’s losses.

IRLCs can’t be used to buy zeppelins, but many in our industry consider them to be a nearly-liquid current asset. IRLC valuation requires considering the loan’s pull-through adjusted sales price and deducting direct costs needed to transform the commitment to a loan. ASC 310 describes these direct costs, and the resulting asset is reported net of them. These costs are variable with respect to loan production. Many believe non-direct/non-variable costs are baked elsewhere into the financials, so subtracting more than variable costs is a cost duplication error that understates the pipeline’s value. This belief sounds reasonable, but is wrong.

No, because incurred expenses don’t affect an asset presented net of expenses. The end value does not change based on previously-incurred costs versus costs that will be incurred. Thus, IRLCs are valued at their anticipated revenues less variable expenses. This result is the contribution margin and explains why the asset and its income statement effects aren’t very meaningful to users. The asset gets consumed by unconsidered costs as the locks are converted to cash in the next period.

Consider a real mortgage banker who reported a GAAP loss for the first six months of 2021. Despite the loss, their liquidity actually increased by $7 million in those six months, and they didn’t borrow themselves liquid. What happened? In 2020, 30% of their GAAP net income was comprised of IRLC gains. Their $8 million IRLC asset on December 31 was reported at its contribution margin, and the company required more than variable costs to convert it to cash. By June 30, 2021, their pipeline and its embedded margin decreased, and the 2020 IRLC gain was almost entirely reversed.

I contend that their increased liquidity proves their operating income was positive for those six months. Their IRLC accounting distorted this reality. This IMB’s sole business is the origination and sale of loans; what costs do they incur that aren’t related to loan production? ASC 310’s answer isn’t practical because IRLCs aren’t yet loans and because revenue recognition is triggered immediately. The company’s management removes IRLC gains and losses for planning purposes, and that decision is common among IMBs. Gains that simply increase a current asset that can never be spent aren’t meaningful to users, and losses that don’t erode liquidity aren’t either.

In 2017, six other CPAs and I attempted to get clarification from the FASB to reduce the diversity in accounting for IRLCs.2 We failed. In rejecting our Agenda Request, the Board compared IRLCs to tradeable derivatives and emphasized an existing disclosure requirement, ASC 820-10-50-2(bbb). “Triple-B” requires disclosure of significant unobservable inputs, and estimates of costs needed to originate are as unobservable as the edge of the earth. A Board member also recommended our industry association write a white paper. The MBA formed such a group in July 2018, but nothing has yet been published. This delay is understandable; agreement on a controversial topic is difficult, and impossible when it can negatively affect equity.

I was a member of this white paper group, and the last draft circulated justified the variable cost-only approach through a market for locks in a hypothetical business combination. In a business combination, an acquirer is only interested in variable costs required to transform the locks into loans. This notion supports the variable cost-only approach without relying on the falsehood that indirect/period costs are double-counted if included. The paper implied double-counting happens anyway. Finally, the paper stated applying indirect/period costs was non-GAAP.

Financial results that reflect realizable cash flows for loans are more useful than those that reflect cash flows for a hypothetical business combination. If (Since?) our accounting considers a hypothetical business combination anyway, we might as well embrace a flat earth. Regardless, we must disclose our assumptions under 820-10-50-2(bbb). An acquirer of the IMB in the anecdote above might find the $8 million IRLC useful as-reported, but the company’s management doesn’t, since in the real, round world it was consumed by unconsidered costs in January, and this method violates the going-concern assumption. If the $8 million IRLC asset above properly considered non-variable costs, the company’s owners need you to help them find what side of the earth their $8 million fell off. A single anecdote isn’t evidence, but more won’t fit on this 1000-word zeppelin ride. Follow your cash flows!

The views in this article are my own and do not necessary reflect those of my employer or Loan Vision.

PS: I very much know that the earth is round!

1 – These MBA Performance Reports are available for purchase here: https://www.mba.org/news-research-and-resources/research-and-economics/single-family-research/mortgage-bankers-performance-reports-quarterly-and-annual 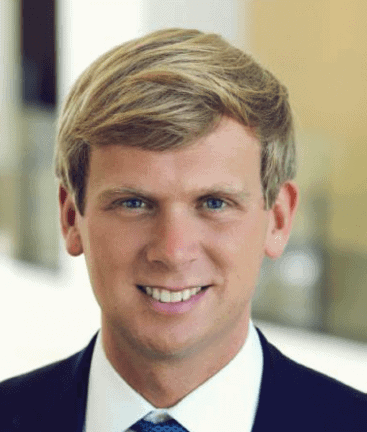